I am particularly keen to learn a little about timelapse photography and have been studying this for about a month. Of course the best way to learn is hands on so I'm practising this at every opportunity.

"Bramping" - An interesting word, when I first heard it I thought "I like the sound of that, how appropriate." Of course it helps to know in what context the word is used and what it means. It is a term coined by the makers of 'Triggertrap', an 'app' (software application) for the control of a digital camera's shutter via ones mobile phone (Cell phone).

My friend Gerry knows of my interest in photography and videography so brought the app, 'Triggertrap' to my attention recently. The app itself was free on purchase of the 'Triggertrap dongle' and connection cable specific to each make of camera. The cost was a little higher than expected but well worth the investment in any event.

Bramping is simply an acronym for Bulb Ramping which is a technique for capturing diminishing (or increasing) light, particularly during the magic hour(s) at dusk and dawn. The magic hour(s) are often referred to as the 'Holy Grail' by photographers because as light fades (or increases) so the shutter would need to be kept open for longer (or shorter) periods. Of course the shutter is not the only setting one needs to be concerned with but it is the easiest to control without tethering a tablet or laptop to the camera (something I have yet to learn but that's not too far off).

Of course this Bulb Ramping can be done manually but the slightest movement to the camera would have disastrous results. With rule of thumb '10 sph' (10 seconds of time lapse video per hour of shooting) it is best to have a remote trigger and there are many that include an 'intervalometer' (a remote trigger on a meter that can be set at various intervals) I don't believe that any of these intervalometers have the ability to control exposure ramping (varying the length of time that the shutter is open) but I could be wrong.

I have been using a little device called 'Nero' which is a remote triggering device and it works like a charm (see my previous blogs for more info on the Nero) however, while it does control exposure it does not provide bulb ramping. This is where I am hoping that Triggertrap's Bramping will come into play and I have been experimenting with a variety of lighting, as you will see in the following two examples.

The first 'Bramping' is the Petrie Railway Station using the Sony a99 ISO 100, 18mm, f/22, Bulb on a sturdy tripod. The Triggertrap settings were - Bramping; Exposures=360, Interval=10sec, Start=1sec, End=8sec. This then gave me a duration of 1 hour of shooting. Please also note that Drive Mode must be set to 'Multi' and focus must be set to 'manual'. I used f/22 for depth of field, a low ISO for less noise and I knew that there would be plenty of artificial light so it was a good starting point. 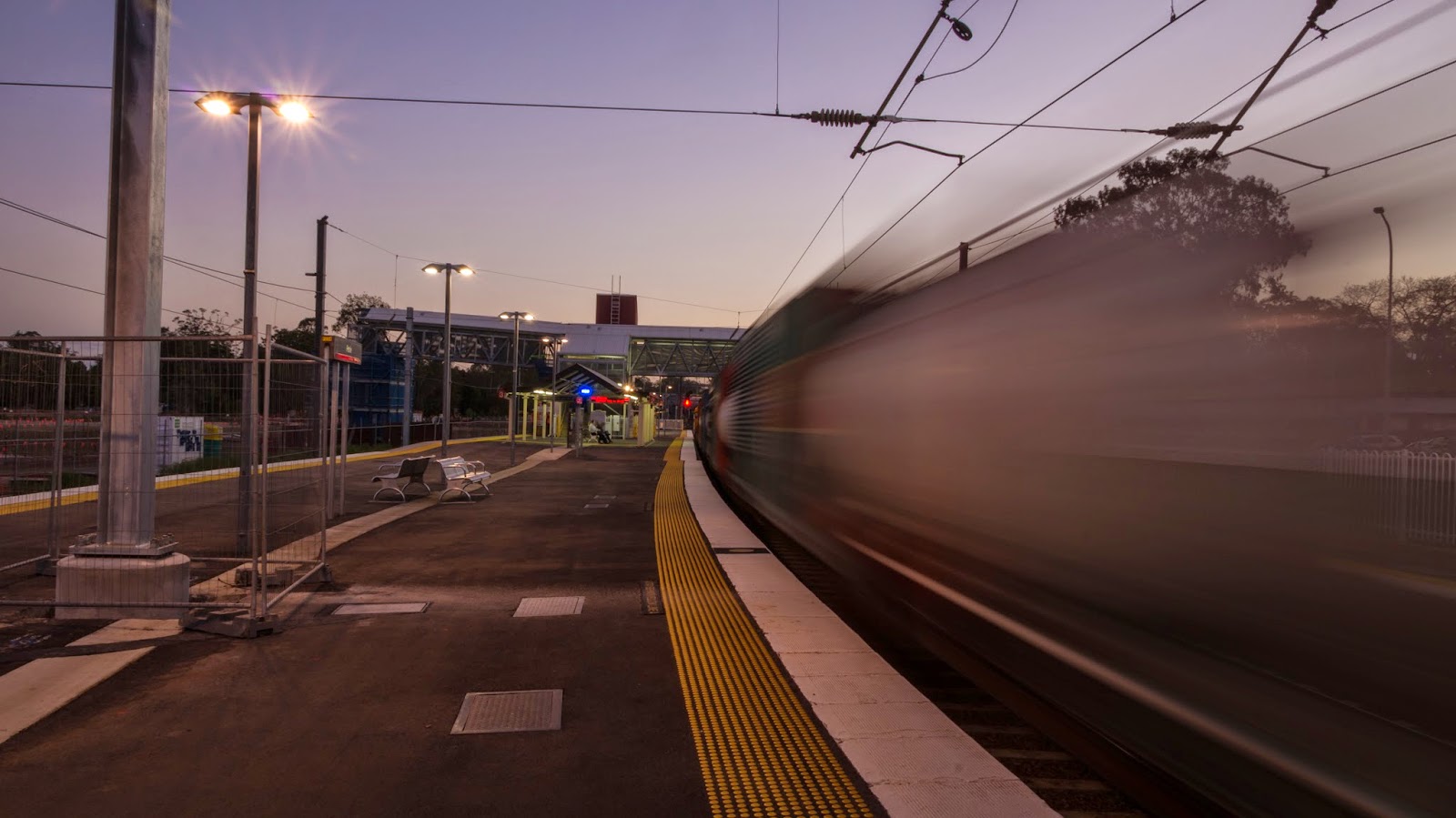 The second 'Bramping' is Moonrise over Shornecliffe Pier. This was far more challenging because I was not setting up for the magic hour in a well lit area but would actually be photographing the light source as it got brighter. For this I used the Sony a65 with the 70-400SSM lens, ISO 200, 330mm, f/13, Bulb on a sturdy tripod with a Gimbal head. Triggertap settings were - Exposures=360, Interval=2sec, Start=1sec, End=1/9sec. This gave me a duration of 12min shooting.  Obviously I see room for improvement but I'm quite pleased with the result for my first attempt at a moonrise with this device.


In hindsight I should have allowed a lot more light in at the beginning and a little more at the end as well but one lives and learns. Please feel free to comment, post questions or offer advise as all will be most welcome. Till next time, take care out there and stay safe.